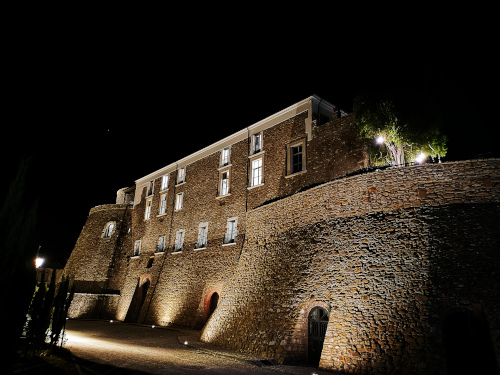 THE OLD TOWN OF APICE

The Historical Centre of Apice shows a “shell” settlement with churches-to-castle main streets and a system of parallel alleys leading to squares. At present, following the reconstruction in a different site that happened after the earthquakes in 1962 and 1980, it is uninhabited and retains a particular charm.
The history of the inhabited area of ​​Apice begins in the ancient past. It was probably at the time of the Roma Caput Mundi, that Marco Apicius was commissioned by the Senate of Rome to distribute some lands in Sannio region among legionaries who had returned from the war campaigns. The history of Apice Vecchio is interrupted abruptly at about 7.30 pm on August 21st 1962, when two earthquakes of the VI and VII degrees of the Mercalli Scale made Sannio and Irpinia tremble. Apice was one of the most affected centres, but it was not destroyed. The 6500 inhabitants were evicted, in fact, after the decision of the technicians of the Ministry of Public Works who, fearing further collapses, ordered their evacuation.The inhabitants, not without controversy and harsh verbal conflicts, thus moved to the new settlement that rose on the opposite hill. Not everyone, in truth: very few daredevils resisted in the empty city and, among them, the mayor Luigi Bocchino, who did not want to leave his town. Since then, nothing has changed in Apice. No restoration, except for an intervention on the 9th century castle, completed a few years ago.

The houses of Apice were generally one, maximum two floors. The internal stone stairs, the bathrooms often obtained inside a room, perhaps protected from the eyes by a cardboard partition. On the ground floors, there is a built-in kitchen with a fireplace and a corner for animals. The typical rural architecture of the time, today almost disappeared from the Italian territory thanks to the contribution of so many daring surveyors who were asked to erase the traces of a past of poverty and privation.

The irony of fate is that an earthquake saved Old Apice. He saved it by stopping time. Inducing the entire population to move downstream. He saved it decades ago by depopulating it. By preventing aluminium, Plexiglas, illuminated signs, bold restorations and evidence of urban modernity, they violated the harmonious appearance of a Southern Italian town, stopped at the beginning of the sixties. For those who come across it for the first time, the impact is amazing. The forty years of the past are immediately felt. Streetlights, windows, grilles, alleys and gates take you back. Silence envelops everything, it surprises you. Empty dwellings, at the same time, induce a certain sense of anxiety. Is it possible that nobody is there?

You immediately feel that you find yourself in the middle of a museum. Fortunately, the ancient town, perched on its castle, has remained untouched, attached to its time standstill. It holds superhuman silences and deep quiet.

The Ettore castle is located north of the entrance to the old town and is a large building that has undergone transformations over the centuries. It dominates the whole town and in fact all the main alleys lead to its square: this strategic position was a feature of the castles, because the feudal lord from above watched over the town. Over the years, the Ettore castle has been transformed into the Municipal House, the Carabinieri Barracks, the Elementary School, the Fascio headquarters, the Historical Museum with Library. Today it can be admired, at least in part, in its entire splendour thanks to a restructuring project implemented by the Municipality. It is believed that the fortress dates back to the 9th century and that it has Norman origins. Despite this title, inside it is possible to find a votive chapel of Lombard origins. Originally, the castle had four towers (today only two are left), providing the Apicesi with an enviable military defensive outpost. Built with river stones found near the neighbouring watercourses, it is said that the Castle has hosted important historical figures such as Manfredi di Svevia, Federico II and Antonio di Padova. Historic lords of the castle were the Maletta, the Balbano, Gustavo di Shabron and Innico di Guevara. 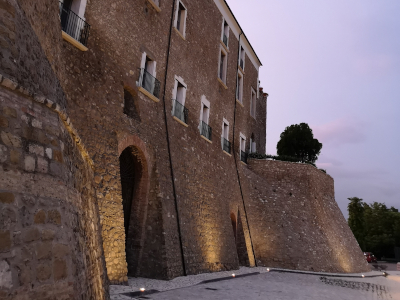 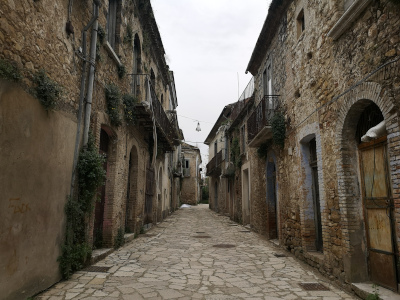 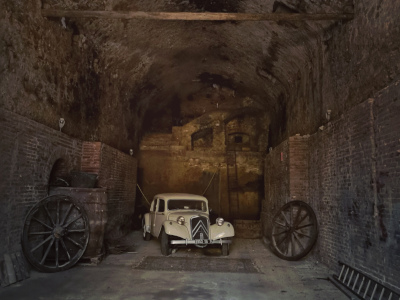 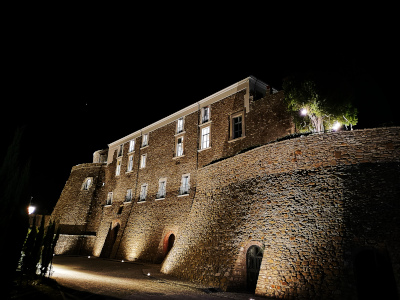