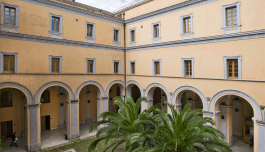 The convent of San Domenico was founded in 1230 by Roffredo Epifanio, Benevento famous jurist, who bought the monastery of Saint Peter for the church of Santa Maria Antiqua with the neighboring property. Three years later also the church arose, however, in its current form is no longer that of the time of its foundation. The facade was restored in 1878, while the interior was renovated in baroque style after the earthquake of 1688. In 1794, moving an altarpiece with the Madonna of the Rosary placed in the right transept, it emerged a set of frescoes dating back to the early days of the church. It is visible a Madonna with child in gothic style, a work of the fifteenth century with Saint George and the Dragon and finally the images of St. Bartholomew and Our Lady of Loreto in the middle. The adjacent convent was transformed into a courthouse in 1878 maintaining this function until the earthquake of 1980. In 1990 the building was destined as seat of the rectorate of the University of Sannio. 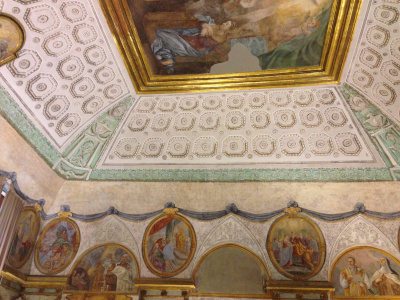 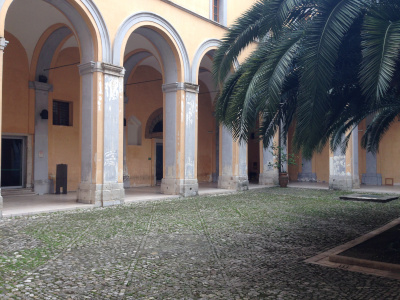 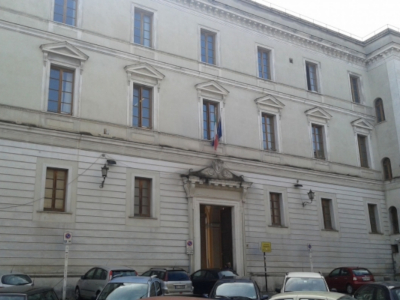 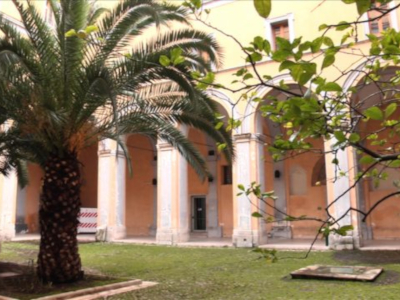