Benevento was an important trading station for Ancient Rome (at that time called Beneventum) that developed along the Via Appia trade route between Rome and Brindisi. It later becoming a regional centre for southern Italy, a position it still holds today

The town is in an attractive location surrounded by the Apennine hills, and although damage during World War 2 had a very detrimental effect on Benevento and the town is not a major tourist destination there are several interesting Ancient Roman monuments and reconstructed later monuments to be seen here (although the majority of buildings in the centre are more recent).

The route of the Appian Way included a number of demanding passages, so in 114 AD the benevolent Emperor Trajan decided to construct a new road at his own expense. By crossing the Italian peninsula from Benevento to Bari most of the serious hills could be avoided. This made the new Via Traiana a good day shorter than Via Appia.
To mark the beginning of this awesome new road, Trajan erected a triumphal arch in Benevento that had become a prosperous city thanks to the massive investment in modern infrastructure.
Reliefs on the Arch of Trajan in Benevento tell tales of glory and ordinary practices at the time. There are panels demonstrating the rewards that came from conquering new land such as improved supply routes and land for veterans. There are military victories, where gods and the four seasons line up to support the emperor. And there is a frieze encircling the entire arch with a triumphal procession of 107 people to commemorate a specific conquest.
The most extraordinary thing about the reliefs on the Arch of Trajan are the representations of small people. Children are shown in a variety of manners, but mostly to demonstrate the public alimenta welfare system that subsidized families in large cities for having children. 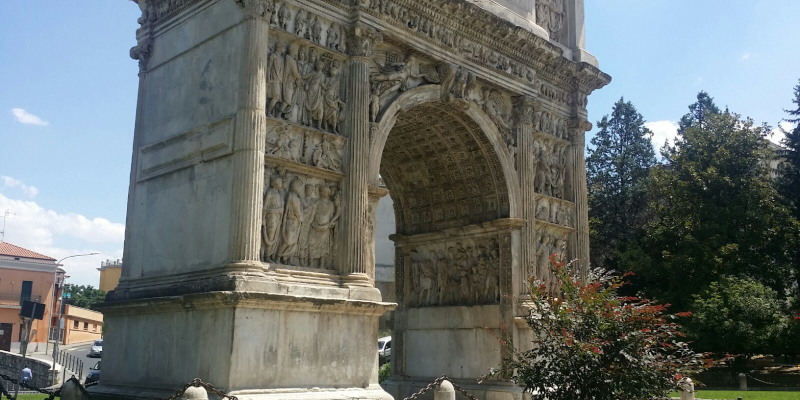 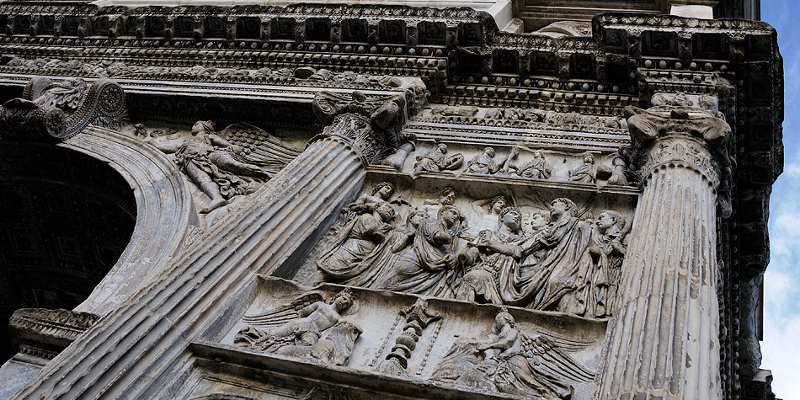 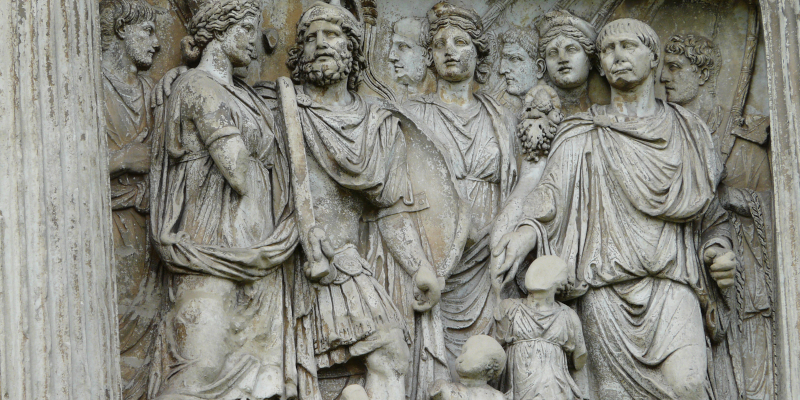 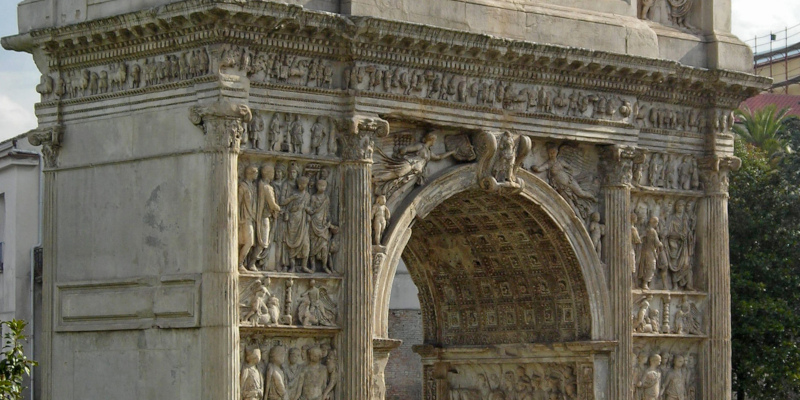 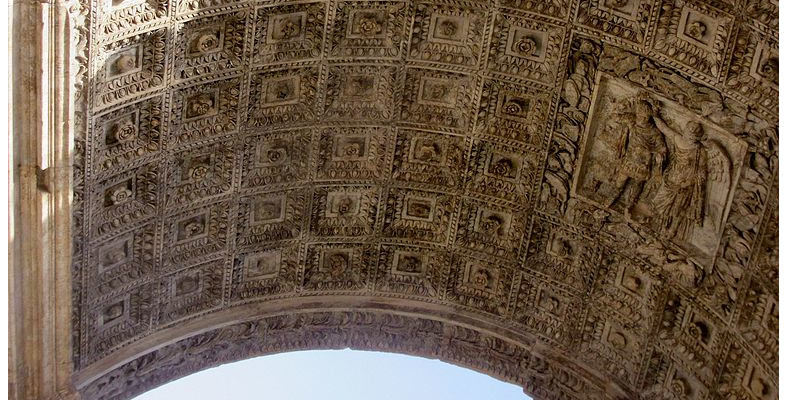 The church of Santa Sofia is a circular Lombard edifice dating to c. 760, now modernized, of small proportions, and is one of the main examples of religious Lombard architecture. The plan consists of a central hexagon with, at each vertex, columns taken from the temple of Isis; these are connected by arches which support the cupola. The inner hexagon is in turn enclosed in a decagonal ring with eight white limestone pillars and two columns next to the entrance. The church has a fine cloister of the 12th century, constructed in part of fragments of earlier buildings. The church interior was once totally frescoed by Byzantine artists: fragments of these paintings, portraying the Histories of Christ, can be still seen in the two side apses.
Santa Sofia was almost destroyed by the earthquake of 1688, and rebuilt in Baroque forms by commission of the then cardinal Orsini of Benevento (later Pope Benedict XIII). The original forms were hidden, and were recovered only after the discussed restoration of 1951.
In 2011, it became a UNESCO World Heritage Site as part of a group of seven inscribed as Longobards in Italy, Places of Power (568-774 A.D.). 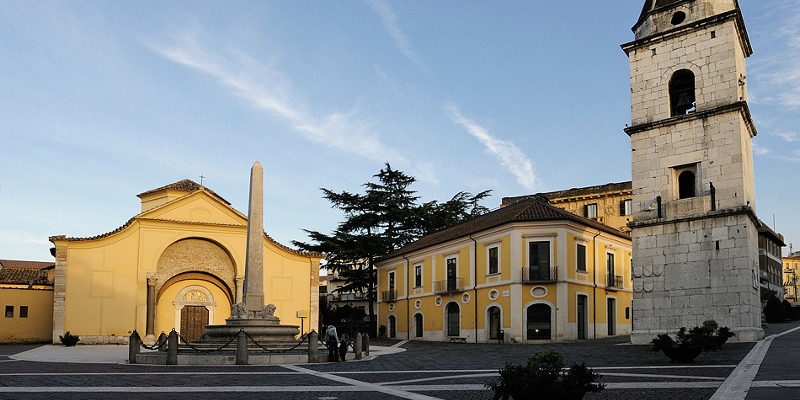 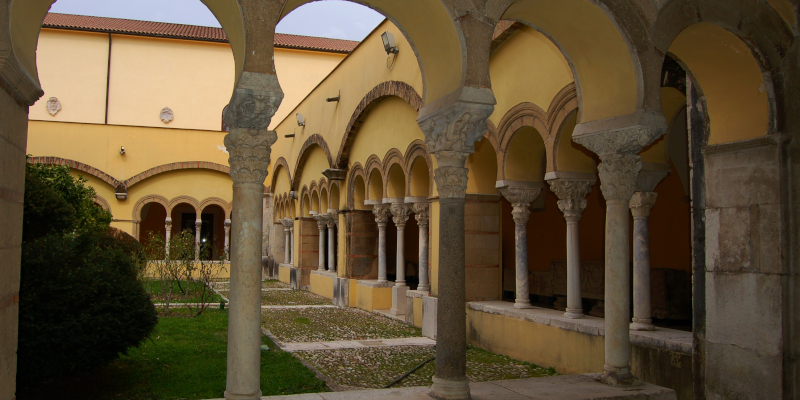 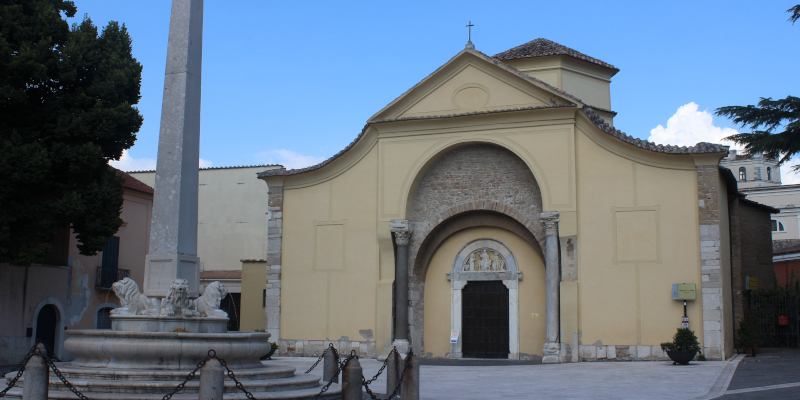 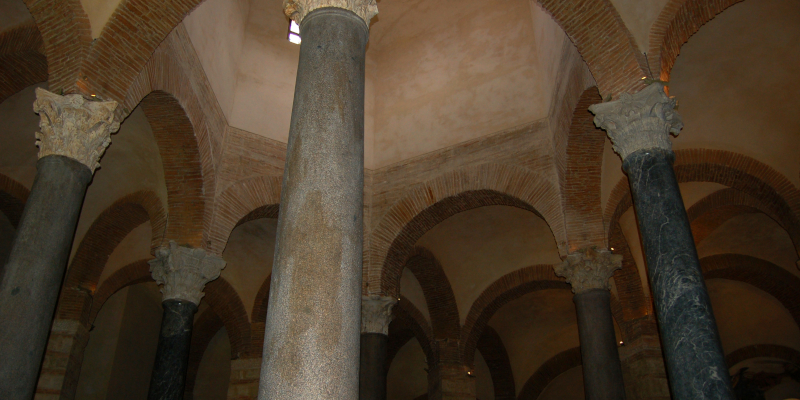 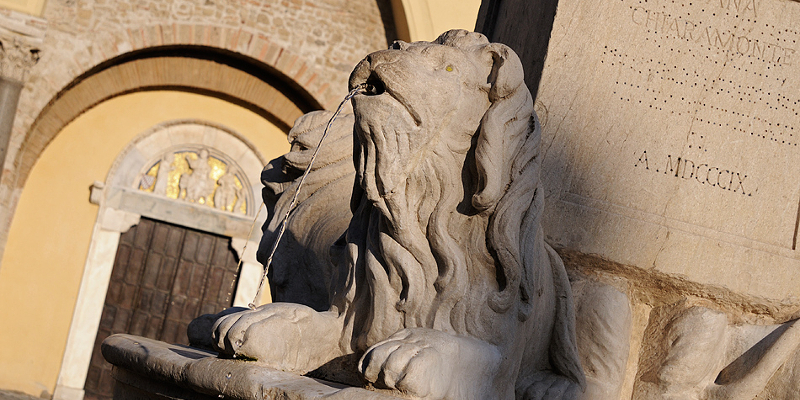 The Cathedral of Santa Maria Assunta, with its fine arcaded façade and incomplete square campanile (begun in 1279 by the archbishop Romano Capodiferro) dates from the 9th century. It was rebuilt in 1114, the façade inspired by the Pisan Gothic style. Its bronze doors, adorned with bas-reliefs, are notable example of Romanesque art which may belong to the beginning of the 13th century. The interior is in the form of a basilica, the double aisles carried on ancient columns. There are ambones resting on columns supported by lions, and decorated with reliefs and coloured marble mosaic, and a candelabrum of 1311. A marble statue of the apostle San Bartolomeo, by Nicola da Monteforte, is also from the 14th century. The cathedral also contains a statue of St. Giuseppe Moscati, a native of the area.

A panel of the bronze doors (n. 31, the Judas' death) appears in the Ridley Scott's film Hannibal, adapted from Thomas Harris’s novel, in one of the greatest murder scenes in history of cinema. “In this plate from the doors of the Benevento Cathedral, we see Judas hanging with his bowels falling out as St. Luke, the physician, described him in the Acts of the Apostles.” 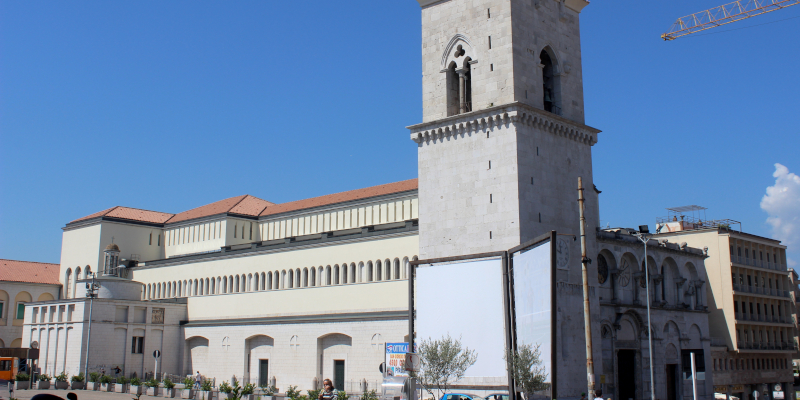 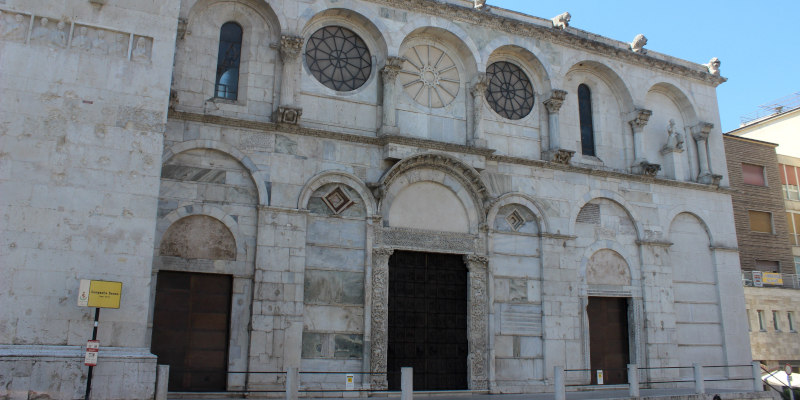 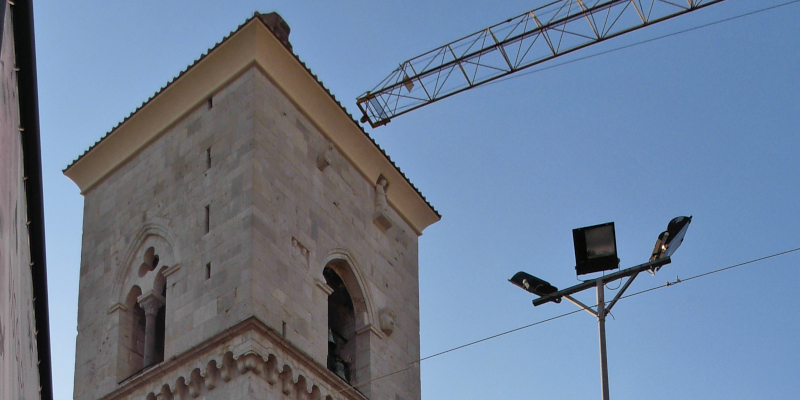 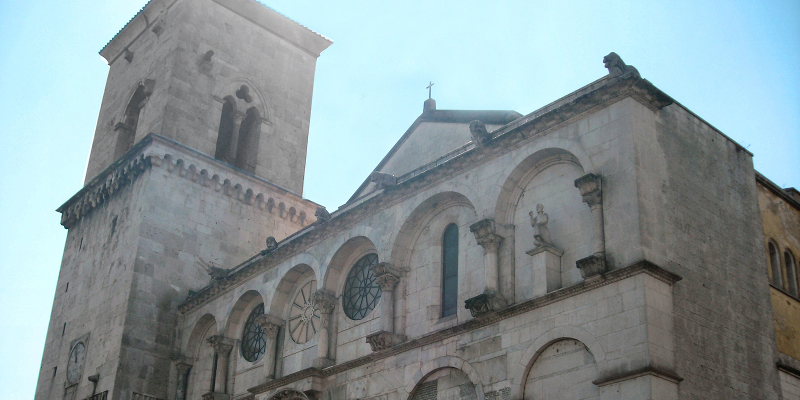 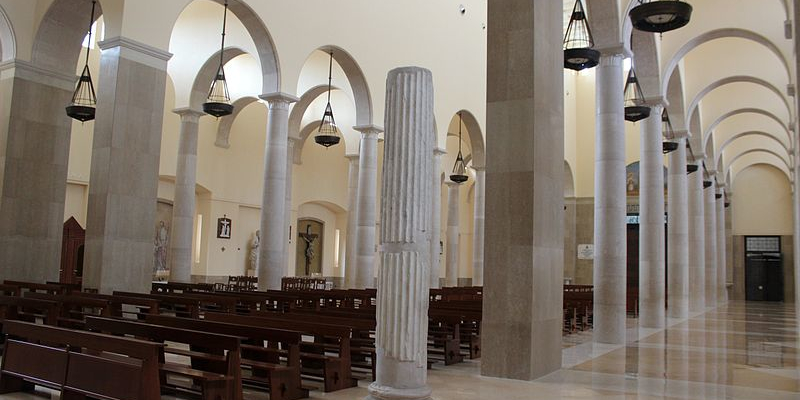 The castle of Benevento, best known as Rocca dei Rettori or Rocca di Manfredi, stands at the highest point of the town, commanding the valley of the rivers Sabato and Calore, and the two main ancient roads Via Appia and Via Traiana. The site had been already used by the Samnites, who had constructed here a set of defensive terraces, and the Romans, with a thermal plant (Castellum aquae), whose remains can be still seen in the castle garden. The Benedictines had a monastery there. It received the current name in the Middle Ages, when it became the seat of the Papal governors, the Rettori.
The castle is in fact made by two distinct edifices: the Torrione ("Big Tower"), which was built by the Lombards starting from 871, and the Palazzo dei Governatori, built by the Popes from 1320. 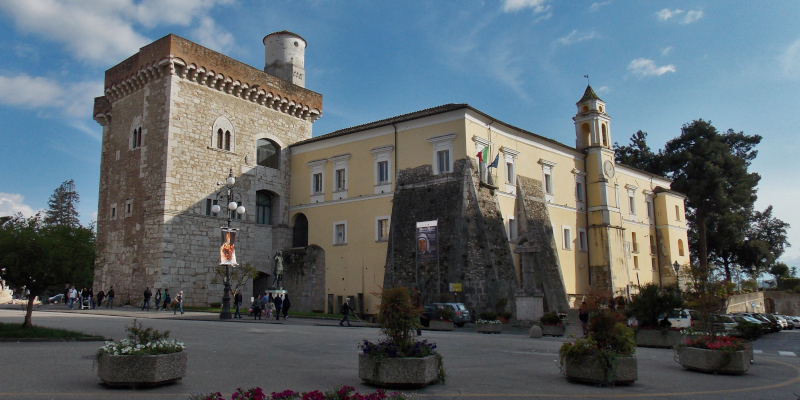 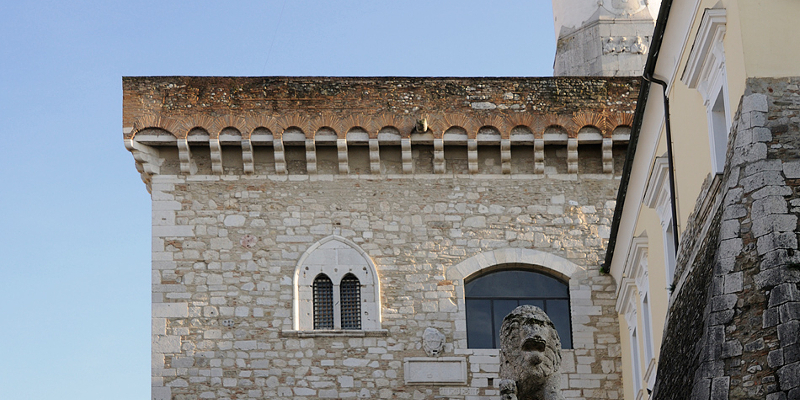 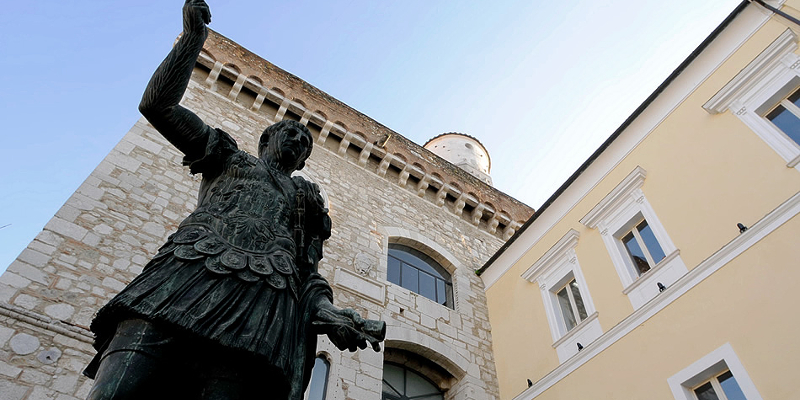 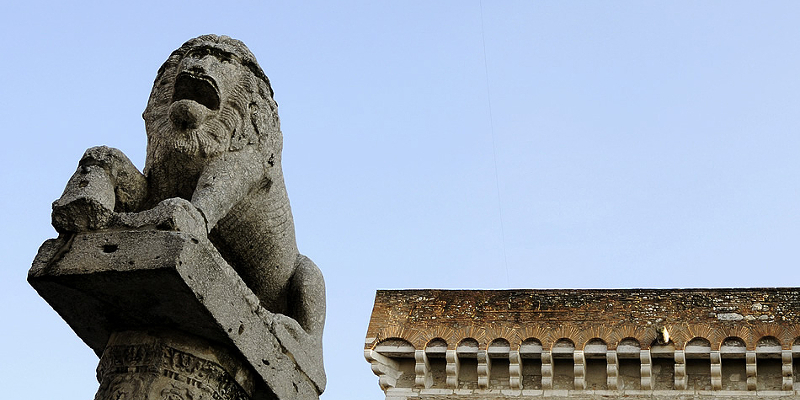 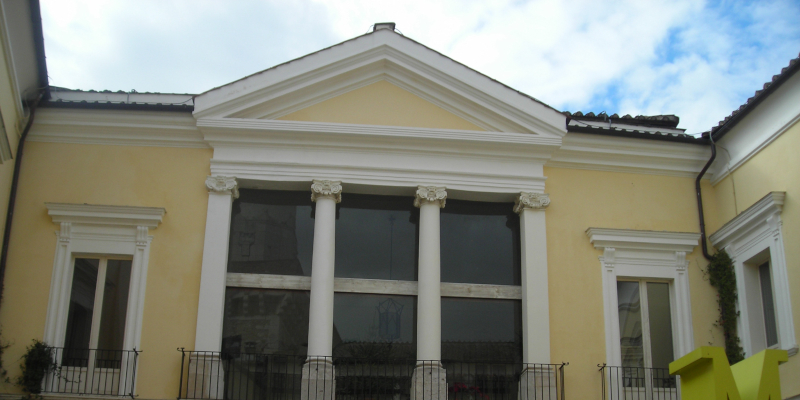 The importance of Benevento in classical times is vouched for by the many remains of antiquity which it possesses, of which the most famous is the triumphal arch erected in honour of Trajan by the senate and people of Rome in 114, with important reliefs relating to its history. Enclosed in the walls, this construction marked the entrance in Benevento of the Via Traiana, the road built by the Spanish emperor to shorten the path from Rome to Brindisi. The reliefs show the civil and military deeds of Trajan. There are other considerable remains from ancient era: 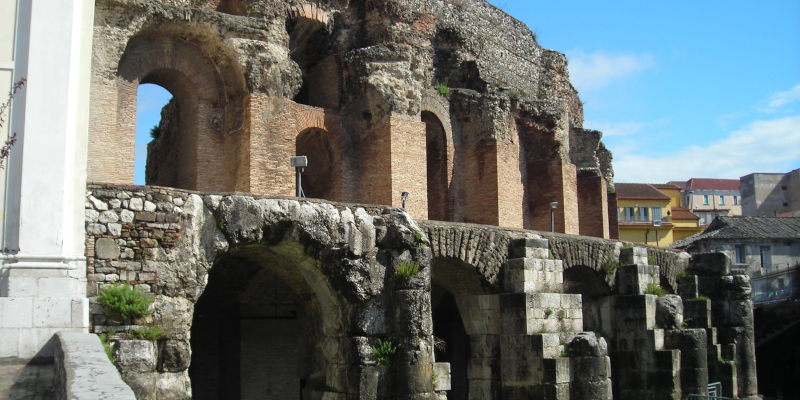 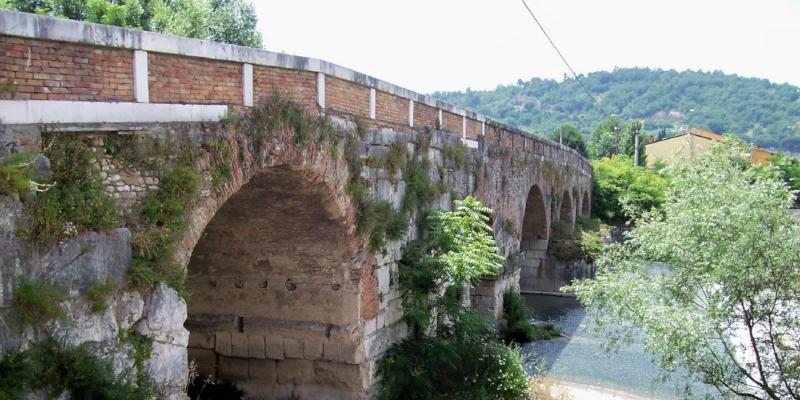 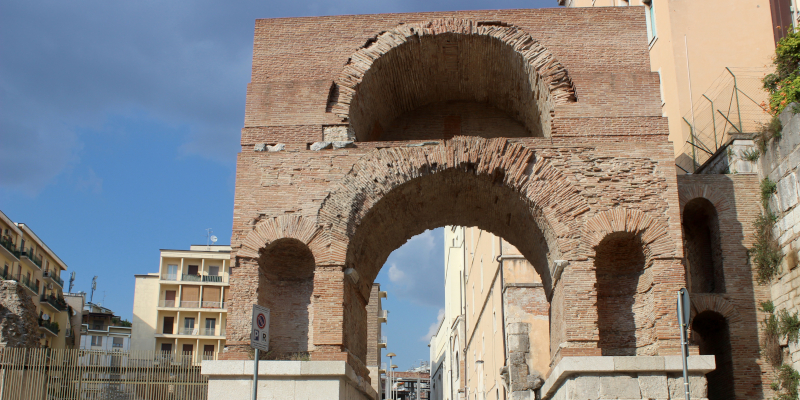 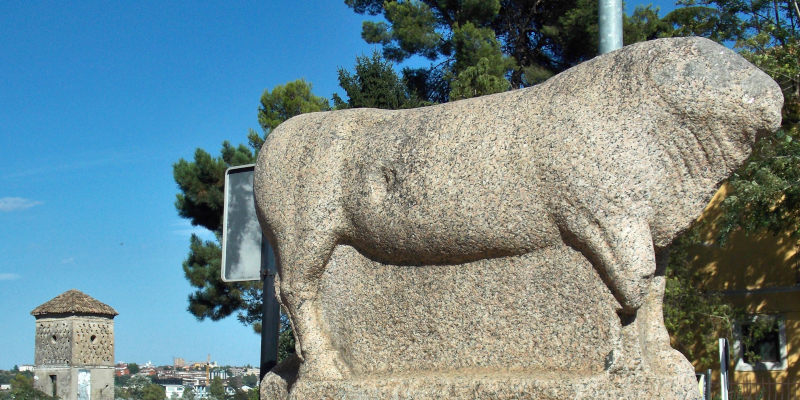 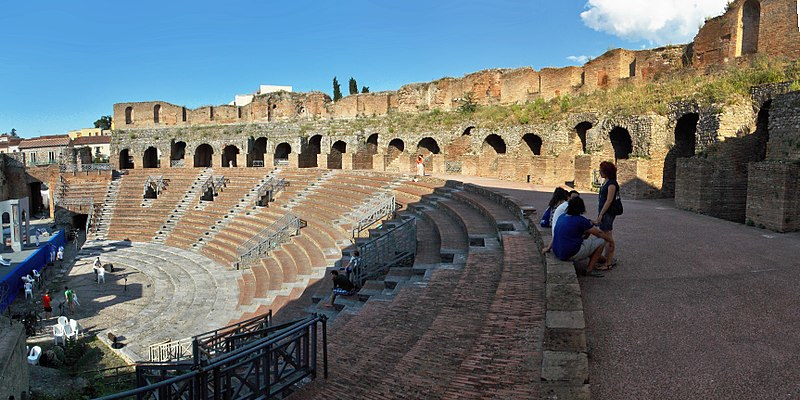